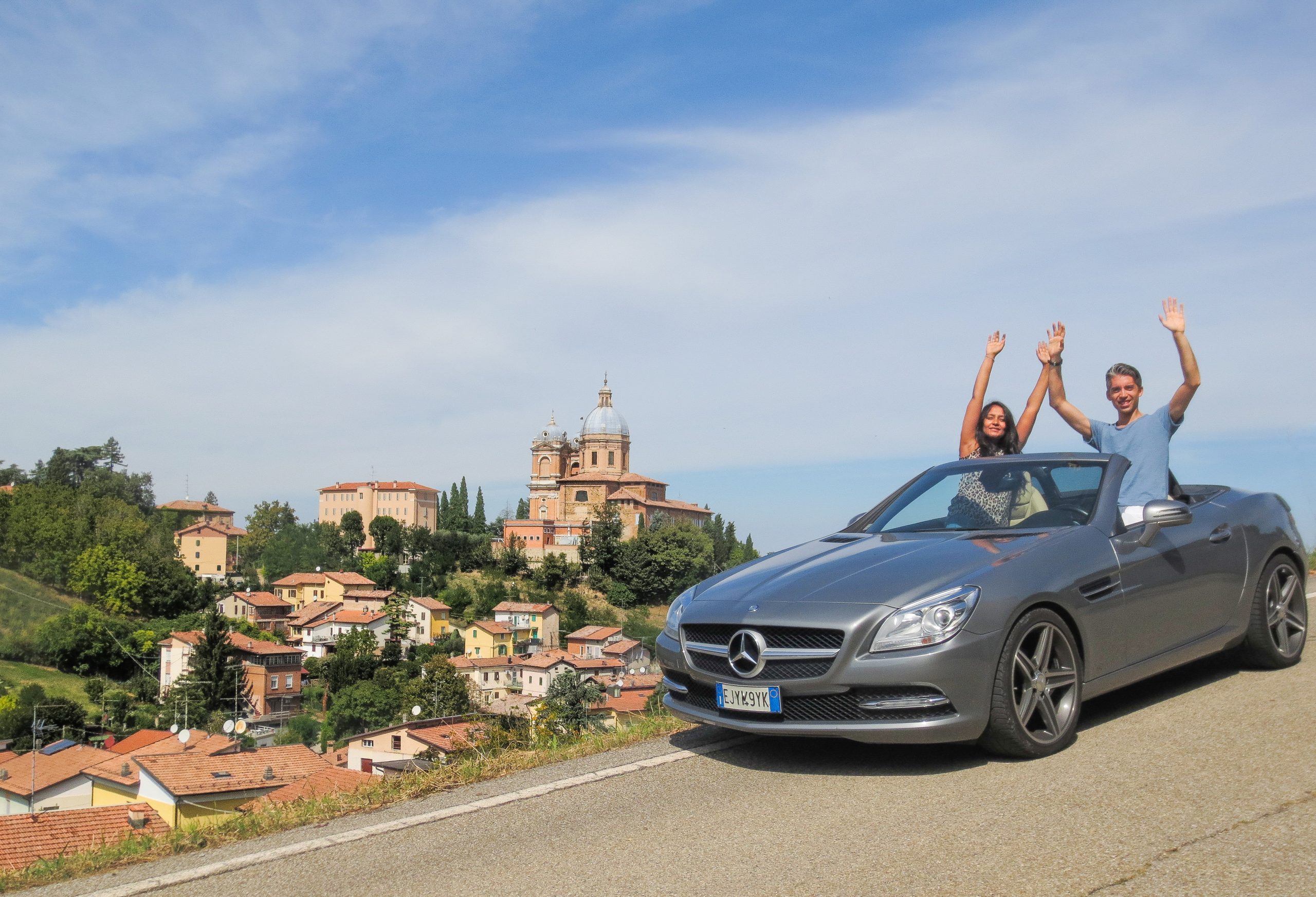 Planning on spending some time in Modena? Whether you are on a business trip to Modena or on a leisure trip to Modena, there are many things to do in and around the city. In this post, I’m going to help you plan your perfect day in Fiorano Modenese. I’m going to tell you some of the best things to do in Fiorano Modenese, a town just a stone’s throw away from Modena where I currently live.

One thing I want to clear up right away. Despite its beautiful old town centre and some other interesting places to see, Fiorano Modenese has never been able to attract tourists, and I’ll tell you even more. This city seems to have no pulsating rhythm. Once you arrive, you will be surprised to see its empty streets. There is no conviviality or socializing in this town. You know those old folks that you see in Italian cities who just gather in the streets to have a chat? In Fiorano Modenese you don’t see them. In short, it has all the cards in hand to be called a “Ghost city.”

So then why am I writing and suggesting that you visit Fiorano Modenese while in Modena? Because it is a town that has a lot of potential, and let me tell you why. This post is set up to help you see all of these key Fiorano Modenese sights in one day and I’ve ordered them in the way that I’d recommend you go about doing that.

How to reach Fiorano Modenese from Modena

There are 4 ways to reach Fiorano Modenese:

· By train. I would not suggest this option for you since the train station in Fiorano Modenese is in an awkward position. Moreover, if you reach Fiorano Modenese by train it becomes almost impossible to see some of Fiorano Modenese’s top sights in a day because the movement within the town is not feasible if you don’t have your own vehicle.

· By bus. It drops you in the city centre but for the same reason mentioned in the first point, I would not suggest this option. It is truly difficult for you to move from one attraction to another.

· By taxi. Yes, it is a perfect choice but expensive, right?

· By car. It is simply perfect.

Parking is available everywhere in Fiorano Modenese. Unlike many other Italian towns, here you can even park your car right in the city centre very close to the main square, Piazza Ciro Menotti, where the town hall and the theatre are located. So, while visiting Fiorano Modenese by car just set your GPS to the Via Vittorio Veneto. It will take you straight to the old town centre from where you can start your exploration.

Un post condiviso da Me With My Suitcase (@mewithmysuitcase)

Here’s a quick overview of what this plan has you doing, for quick reference.

· Sanctuary of the Blessed Virgin of the Castle

A visit to the old town of Fiorano Modena starts exactly from the Via Vittorio Veneto. Just stroll around and you will be really surprised to see that it has no social life at all. A walk around the town won’t take more than half an hour. Once you have finished wandering around the colourful houses slowly walk uphill towards the Sanctuary of the Blessed Virgin of of the castle in Piazzale Giovanni Paolo II.

2. Sanctuary of the Blessed Virgin of the castle

The Sanctuary is located in the medieval part of the hamlet of Fiorano Modenese. To reach the uphill Sanctuary you can take a stairway or the normal road and once you get there you will be amazed to see its setting. In the square by the church there is a statue dedicated to the Great Pope John Paul II and some archaeological remains of the lost Castle that once stood there. It was destroyed later in the seventeenth century and replaced with the sanctuary dedicated to the Virgin Mary (Virgin Mary of the Castle).

Because of the numerous miracles obtained by the Virgin Mary, the Sanctuary of the Blessed Virgin of the Castle of Fiorano Modenese has turned over the years into a traditional place of pilgrimages.

If you decide to make the pilgrimage to Fiorano, I recommend you stay in a Hotel called “Al Santuario di Fiorano;” this modest hotel right in the square of the church is an ideal place to enjoy prayers and meditation.

After your visit to the Sanctuary, you might want to take a lunch break. You won’t have to worry about searching for restaurants and pizzerias while visiting Fiorano Modenese because there are a couple of them nearby.

Nevertheless I feel like I must suggest the “Touring Hotel restaurant and pizzeria****” which is also open to people who do not stay in their Hotel. For me Touring remains one of the best restaurants in the area of Modena, especially when it comes to fish and seafood.

Back in 1972, Enzo Ferrari decided to open in Fiorano Modenese a test track for Ferrari racing and GT cars which is accessible to the public only if scheduled previously with the tour managed by the Ferrari Museum in Maranello. The circuit is over 3 km in length, with 14 bends and a chicane (a double bend).

If you haven’t been able to plan this visit in advance but you really want to see this test track in Fiorano Modenese, know that you can take a Helicopter tour over it for a very reasonable price.

You should also know that Fiorano Modenese is part of the “Motor Cities Network”, which is an association of twenty-five Italian towns in ten different regions with motoring traditions, formed back in 2008.

After your Ferrari Test Track visit, you will want to pop into the “Salse di Nirano Nature Reserve.”This is one attraction which is not easy to see elsewhere and many people, I’m talking about Italians, don’t even know that they can also go on a guided tour here. The tours only run on certain days, but with a bit of research and planning ahead you should be able to schedule the guided tour without too much trouble.

The Salse di Nirano is a kind of cold mud volcano of international relevance, gurgling and spitting out upwards to the surface the gaseous hydrocarbon deposits, principally methane, which leak out through cones carrying the salty grey waters together with the gaseous deposits. The dissolved mud brought to the surface deposits around forming a small hill.

The entire area of Nirano Salse Nature reserve then dries out and becomes cracked due to the mud which tends to expand everywhere.

It’s truly worth popping in while in the area of Modena. Entrance is totally free for self-visitors. 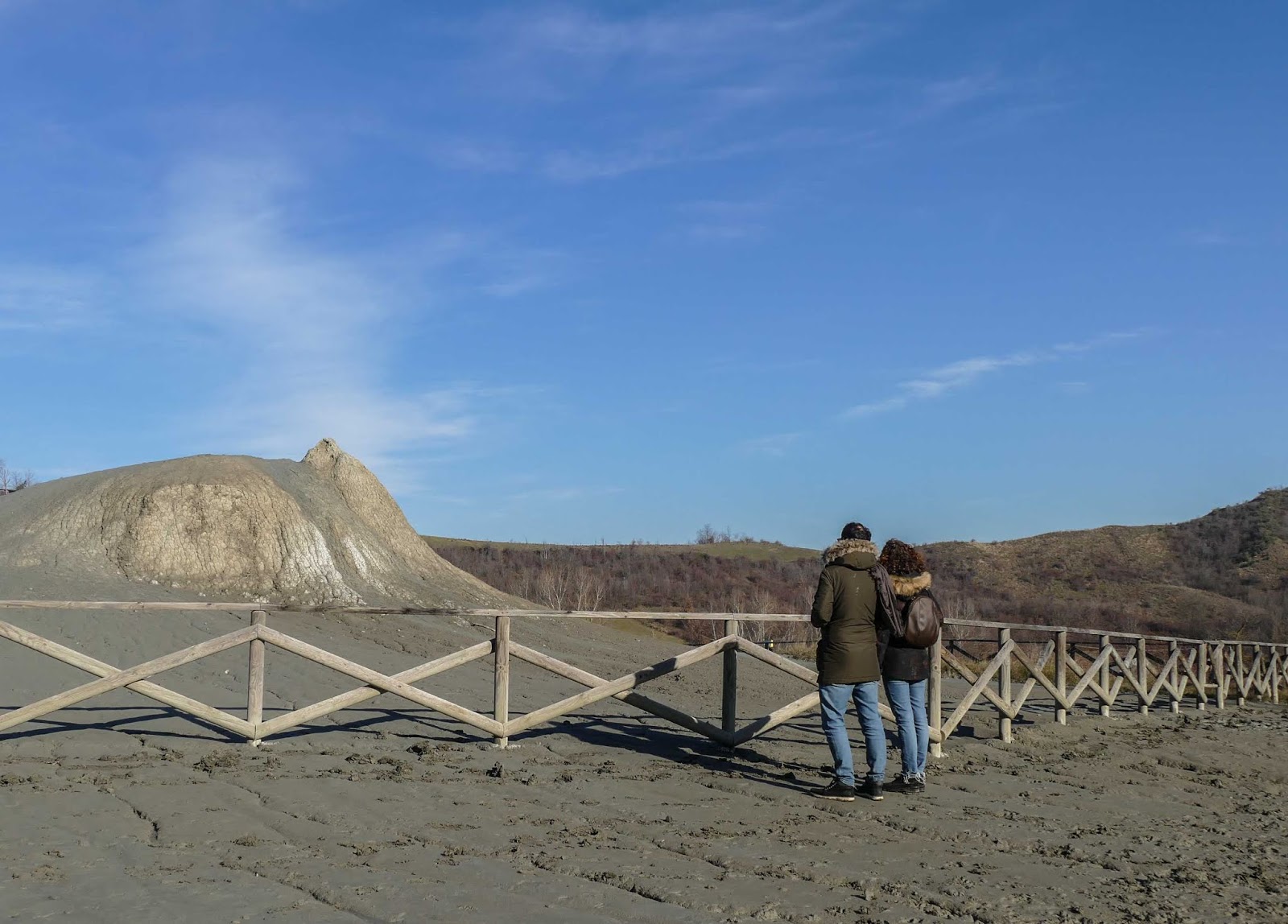 Some tips for Fiorano Modenese

1. Festival of 8 September represents the patron saint’s feast which is dedicated to the Sanctuary, thus to the Virgin Mary of the Castle. During this day there are several masses and events that take place. Food stalls and markets turn the atmosphere of the old town cheerier, making you forget for a moment the characteristics of its ghost city.

2. Fiorano Modenese has a tourist office in Piazza Martiri Partigiani Fioranesi, 1. I’m giving you their email address but I can’t guarantee their response since I wrote them a couple of times but never received any answers. Cultura @ fiorano.it

3. The weekly street market in Fiorano Modenese is held every Thursday in Via Santa Caterina, a street very close to the old town centre. Both food and clothes are sold here. If you are planning a visit to Fiorano Modenese I’d suggest you go on a Thursday because off the beaten path markets still preserve their traditions even more than the big cities.

4. The best panoramic view point of Fiorano Modenese is at Via Vespucci, house number 50. From this precise spot you can see the entire town with the Sanctuary at its summit surrounded by the green rolling hills. This is definitely the most instagrammable place in Fiorano Modenese.

5. There are several trekking and hiking routes in the town. I haven’t found any map online but I guess you can get it from the tourist office. If you are interested you can try to write to them hoping they’ll answer you. Know that it is easy to find wild boar along the routes so always pay attention. I often see them. On the other hand, there are also row deer that you may want to encounter.

6. The vintage car meet is held in Fiorano Modenese usually on the first Sunday of September. It is a very nice event that attracts fans not only from all over Italy but also from many other countries.

7. There is an ethnic Nativity scene Museum here. It is something interesting to do especially if you are travelling with children or if you happen to be here in December. It displays more than 800 nativity scenes from all around the world.

8. During the months of July and August, there are several music events that take place in the castle of Spezzano in Fiorano Modenese. Most of them are free of charge. So, you can combine your visit to the town with one of these concerts.

9. It is said that there are ghosts in the Castle of Spezzano in Fiorano Modenese.

10. The month of May in Fiorano Modenese is full of free cultural events and shows. This period is called “Maggio Fioranese.” The programming is always published online.

Un post condiviso da Me With My Suitcase (@mewithmysuitcase)

Now, here is where I currently live so shoot me an email if you are planning a visit here. I like this town very much but this is not my kind of place to live since I like more active cities. I want people around me. I can’t wait for the events to see them. I feel very uncomfortable here so, sooner or later, I will be gone. I will be moving to Formigine or Modena. Until then, if I’m free, I’ll be glad to join you for a drink while you visit.

And that sums up my idea of the perfect one day in Fiorano Modenese! Have you visited Fiorano Modenese? What would your perfect day look like? Let us know in the comments below! 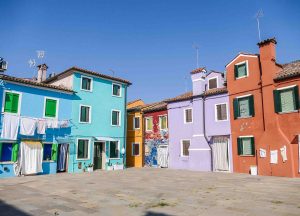 Is Burano worth a visit? Ultimate 2020 travel guide 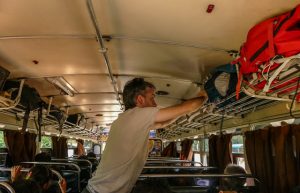 Sigiriya to Polannaruwa by bus 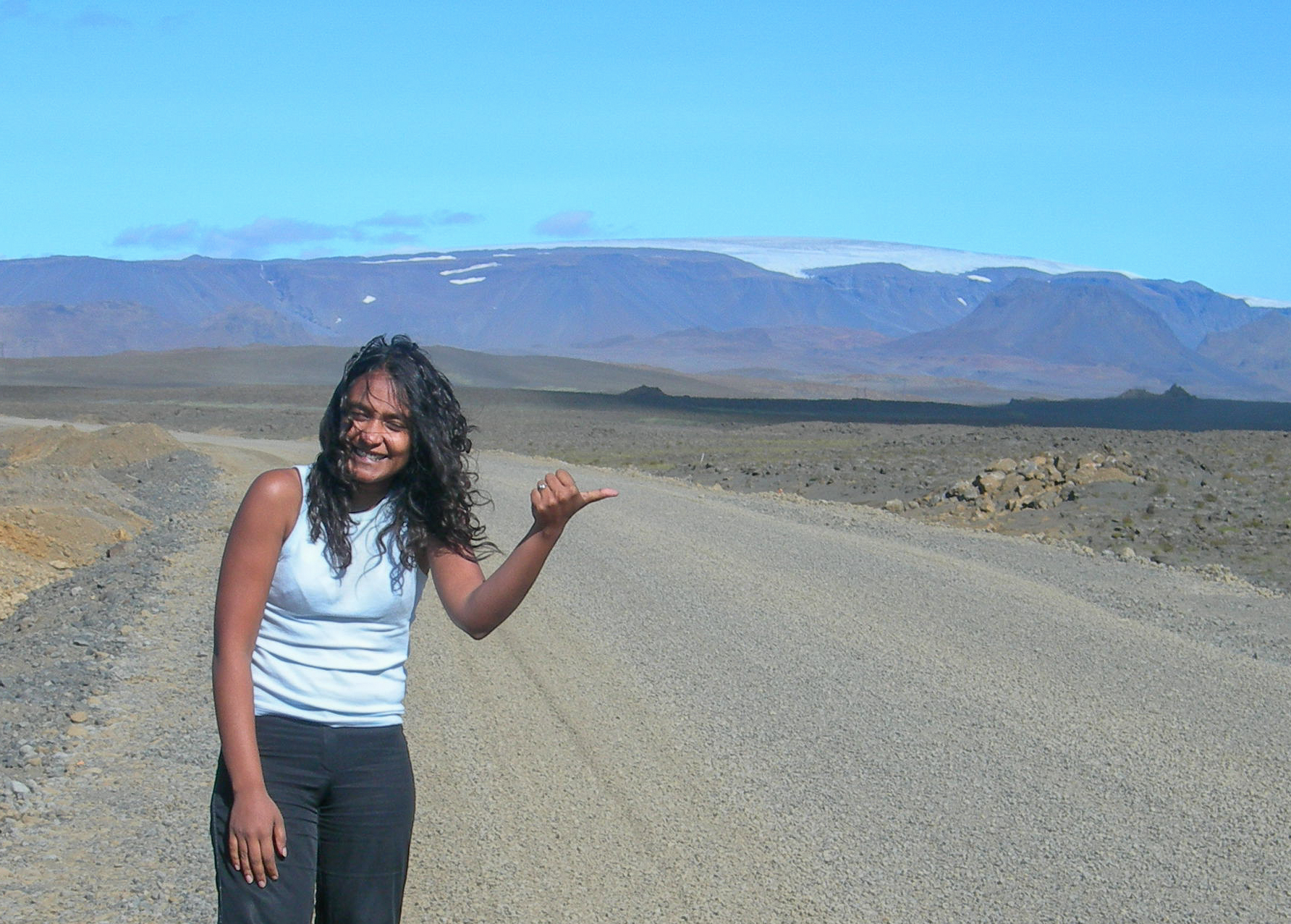 Hi this is Niry, the one behind this blog! I’m a Modena-based travel blogger, content creator and photographer. Thank you for spending your precious time with me today!!! 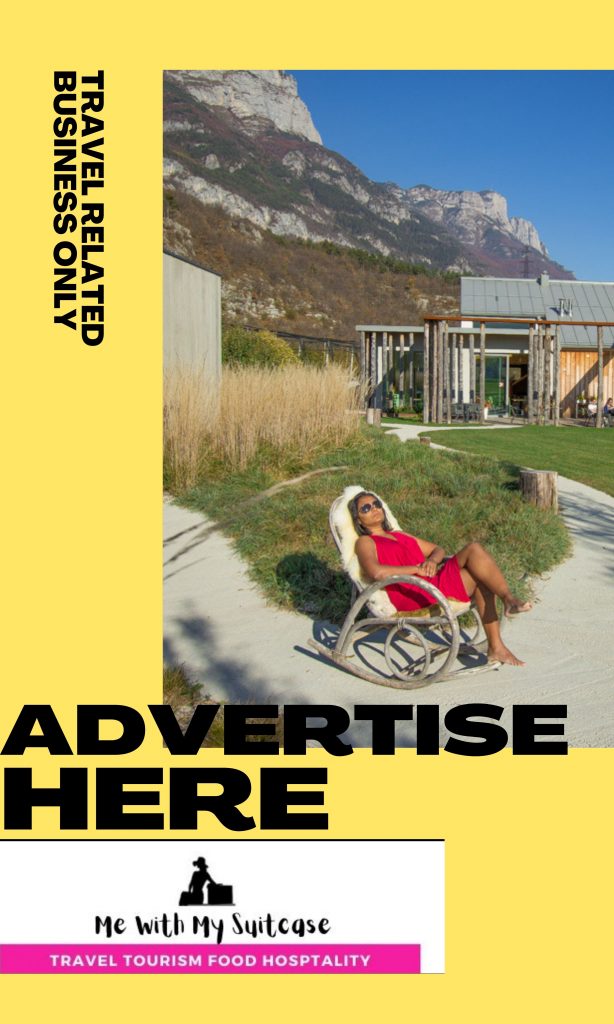