Polignano a Mare: things that nobody will tell you. 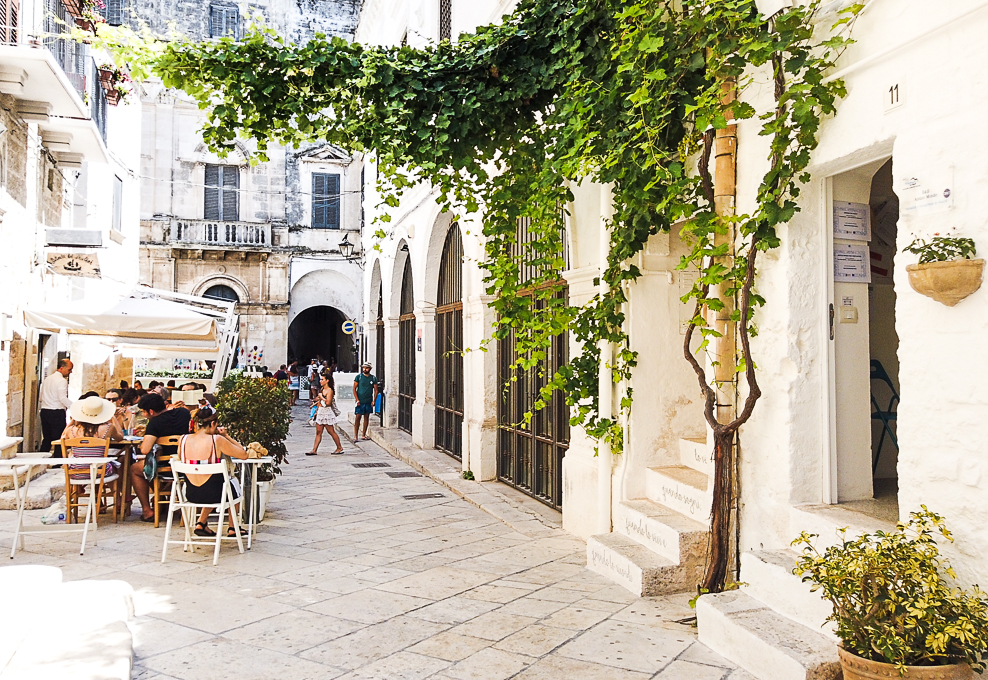 As you well know, the year 2020 has been a period that no one can forget. With many upcoming trips abroad being cancelled we still have no idea about what is coming next. With regards to my own personal experience, even my wedding was postponed due to this health emergency crisis. But thankfully, at the moment we can at least explore our own country, and in our case that is not too bad. Italy is indeed one of the most diverse countries to visit and we are happy to explore it and to showcase it to the entire world.

Italy is on everyone’s bucket list. From the floating city of Venice to cute little towns here and there, you have so much to explore and appreciate while driving from one part of the country to another. One of the regions that you should definitely consider adding to your road trip in Italy is Puglia. (Apuglia).

Puglia is made for a road trip and believe me, if you decide to take a road trip there you will be glad you did. This summer we spent some wonderful days driving through its coastlines and countrysides. Obviously we just visited a few cities, but a plan to return soon is already being arranged. Puglia is a vast and stunning land and it didn’t take me long to figure out that I need at least three weeks to see it all.

One of the cities that you should definitely add to your road trip in Puglia is Polignano a Mare.

Flying from Bologna on a Ryanair low cost flight, we arrived at Bari’s Airport at 3 p.m. We had the easiest option to reach Polignano a Mare since we have booked our car online via Rental cars, which was not cheap because the month of August in Italy is always in high demand. Not to mention the weeks 33 and 34. Public transportation is there but if you are short on time I’d still recommend renting a car as it will allow you to see so much more of Puglia than public transport allows. Not only that, but I personally like the fact that I can stop to take pictures and go off the beaten routes at my leisure.

Parking in Polignano a Mare

Parking is a very big issue in Polignano a Mare. Remember that you are allowed to park only within the white lines (free) or blue lines (paid parking). Never, ever park your car anywhere else.

Most of the parking spots, especially in Largo Ardito, have cameras and policemen go around and around. Let’s say that if you don’t park within the white or blue lines you will for sure be fined, and the amount to pay goes up to €42.00. If your vehicle is parked illegally it may even be removed. So, always pay attention.

Why are they so strict? They say that Polignano a Mare’s built on a cave so the danger of collapse is very high. Ok, that’s true, but I do believe that they also like to fine people. Overall that is not a bad income right?

Strolling around in Polignano a Mare

Walking around in Polignano a Mare is simply fantastic. It is even more fascinating during the late evening. But I recommend that you wear a pair of good shoes. The ground is made of old stones which are now very worn so they are slippy. Not that it’s dangerous, but you should pay attention. Via Roma is the worst.

Polignano a Mare by Tuk-Tuk

Since parking in Polignano a Mare is a very big issue, once you find a parking place I highly recommend that you use a Tuk-Tuk to move around the town. It is cheap so it is widely used by tourists. .

What to eat in Polignano a Mare

Without a doubt food is delicious everywhere in Polignano a Mare. There are plenty of options for those who are on a budget and for those who have money to splurge. But what you don’t want to miss is the “Puccia ( Puglian bread) with octopus”. We tried it at the fast food hut “Gola Snack” in Largo Ardito which I highly recommend. It is a bit off the tourist’s path but they offer super tasty items. This place is very popular among the locals. We spent €20.00 for 2 two puccias. Drinks included. Gola snack in Polignano is open only for dinner.

Breakfast in Polignano a Mare

It is a traditional custom in Polignano a Mare to eat raw fish for breakfast. If you are inclined to try I recommend a place called “Aperitivo da Pasqualino”. Don’t forget to check out their opening hours before you set out for a walk. I think they are open during the normal Italian shopping hours, so therefore closed from 1 pm to 5 pm.

Sunset in Polignano a Mare

There are spectacular sunsets from the beach every evening. The best way, by far, to end a day in Polignano a Mare is to grab a drink and just sit and watch the sun go down over the beautiful sea. Moreover, Puglia is one of the warmest places for winter sun in Europe so you can see amazing sunsets also during the months from October to Jebruary.

Beach in Polignano a Mare

There are few beaches in Polignano a Mare, all of which are surrounded by numerous cliffs. During the summer season, especially in August, it is too overcrowded and it is very hard to find a place for laying down and sun bathing. But, if it is something that you want to do while holidaying in Puglia, you can find accessible beaches all around the route.

Jet surfing in Polignano a Mare

Jet Surfing in Polignano a Mare is truly fun. If you are already an expert and you have your own board then just let go and enjoy the waves but if you don’t have yours then you can hire it with “Top Jet Surfing“in Litorale Romano (Rome) or in Garda Lake. They also give Jet Surfing classes in both the cities; it is easy to learn how to jet surf, even if you have never practiced a water sport before. Moreover, due to the small engine volume, no driving license or special permissions are required so, worth giving it a try.

Most adventures in Polignano a Mare

The Red Bull World Series International Cliff Diving competition is held in Polignano a Mare. Usually it takes place in July. The athletes, men and women, dive from two platforms placed at 21 and 27 meters above the sea level.

That said, you can see people doing it in Cala Porto and if you want you can also test your adventure side with cliff jumping. ( See my video up here)

Having a flight back home late evening is always a big issue since you need to check-out from the hotel around 10 am. In our case we kept the beach day for last and our flight was leaving from Bari at 11.30 pm. Since Polignano a Mare is one of the best summer destinations in Europe the beach areas close to the city centre are ofter overcrowded.  so I suggest that you leave the town. The best beach that I reccomend for your last day in Polignano a Mare is Cala Fetente. It has a restaurant with showers outside that you can use for € 0.50. At least you can take a quick shower before you get in the car toward the airport. It is not bad, expecially during the summer time.

I hope I have given you some good ideas for your visit in Polignano a Mare. Puglia generally is a region with its own identity that is worth visiting. The culture, food, “language,” architecture, and landscape, are like nowhere else you‘ve ever been in Italy. 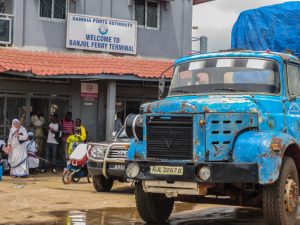 All you need to know about the Banjul-Barra ferry crossing. 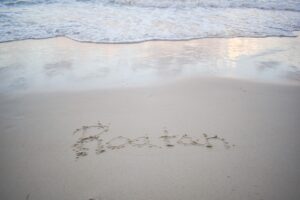 West Bay Roatan, the biggest of the Bay Island of Honduras