This weekend we decided to visit FICO Eataly World in Bologna, the largest agri-food park in the world, which opened last year in Italy. We were really curious to learn and know about this place so close to our city since the newspapers had written a lot about these two hectares of land that have been reorganized with fields, stables, farming factories, typical restaurants, market points, and children’s areas.

We left Modena around 4 pm and reached FICO in half an hour. We parked the car in front of the main entrance. The parking is free for the first two hours and € 1.50 per hour starting from the third hour until 7.00 pm. Admission to the FICO Eataly World in Bologna is totally free so we didn’t have to pay for any entry tickets to the park. We decided to explore it by foot.

You can also explore FICO Eataly World by free tricycles or special train but since it was our first visit to FICO and we had plenty of time available, exploring it by foot seemed the best option. We liked the idea of going around freely so that we could feel the experience better. We were not sure what to expect before arriving at Fico, but once there we could say that FICO Eataly World of Bologna isn’t an amusement park so much as a cultural exhibition. Factories, farms, restaurants, kiosks, markets, cooking classes, and shops give a complete picture about Italian food and tradition.

It is a great place to do plenty of things: a place to learn, discover, and play, a place to eat, a place to enjoy a cocktail. In short, a place where adults and children can find something interesting to do. From baby park to beach volleyball grounds, everything is perfectly organized in order to satisfy anyone entering the area. Parents visiting FICO Eataly World with children can decide to leave their kids at the nursery for the cost of €10 per hour before starting their tour.

The farm section is the most fun for kids. Nowadays, children in Italy are not used to seeing animals and they were going crazy seeing the cows, goats, pigs, rabbits, and hens.

Courses and workshops on Italian food are available for an extra charge. Products from all around Italy are showcased and the wine section is obviously breathtaking. You can even taste it before buying a bottle.

In case you want to buy some items which you can’t carry for the rest of your stay in Italy, you can easily send the items back home. The post office is located right after the counters so it can be done without much effort.

We strolled around for more than 3 hours and it wasn’t enough. We will stay longer next time and try to finish visiting the entire area.

Now, I can’t say that FICO Eataly World of Bologna is a must, but surely it’s a great choice for those who want to learn more about Italian culture and cuisines. Touristy? Yes, but it showcased perfectly the originality of Italy. We will go back. 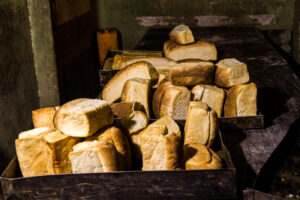 Ever heard about the Sri Lankan roast paan?

Turn your marijuana plantation tour in Jinack Island into Success

Happy Thursday everyone! Here is another photo to

Could you believe if I say that I travel even more

It is nice finding that place where you can just g

Here is a superb staycation idea for when you can