The Hypogeum in Ortigia Island (Syracuse)

Hypogeum in Syracuse is an ancient cistern system created by the Greeks but turned into a refuge from the Allied bombing unleashed upon the city of Syracuse during the Second World War.

Hypogeum in Syracuse is cedrtainly one of the interesting thing to do in the Ortigia Island for both adults and children specially when done with guides.

Read before buying your tickets.

We hadn’t planned a visit to the Hypogeum (Ipogeo) in Ortigia Island, (Syracuse) because we had not heard about it before our arrival. We just saw it casually when we were in the Piazza Duomo. Panels displayed outside mentioned a guided tour both in English and Italian included in the price and that sounded really interesting since the ticket cost only five euros. We entered and bought the tickets!

Knowing already that the tour was with a guide we asked the girl at the reception about the guide meeting point. She said that the guide had already finished the rounds. We insisted because the board sign outside said the tour was until 5 pm and it was not even 4 pm!

Suddenly while trying to understand this disappointment with the cashier, a woman came up from the stairs and said to the cashier that she could be available for one more tour in one hour. That was a second disappointment!. We felt like our tour depended on her mood.

The photos outside gave high hopes of Hypogeum and we couldn’t believe that it could be so badly organized and overall it was based on the decision of the staff.

After clarifying this situation we went for a quick walk and came back to Hypogeum an hour later. The tour started from the square, at the foot of the garden of the Archbishop’s palace, and ended by an exit close to the seashore (FORO ITALICO EXIT).

Believe me, the caves and the history behind these tunnel networks were really very interesting. It was an ancient cistern system network built by the Greeks but turned into a refuge from the Allied bombing unleashed upon the city of Syracuse during the Second World War.

In the summer it is certainly a welcome oasis of cool air but it could be very cold in the winter. Sadly I also have to underline that it was not a wheelchair friendly visit since the descent from the Piazza Duomo was possible only by the staircase.

In my personal opinion, it would have been useless visiting it without a guide because there was barely any information available on boards as you go around the tunnels and they even don’t have audio guides. So, we considered ourselves lucky that she could lead us along the way because otherwise, it would have been a wasted opportunity to learn something exceptional. Nevertheless, the presentation of history by the staff is to be improved!

Pin it for later 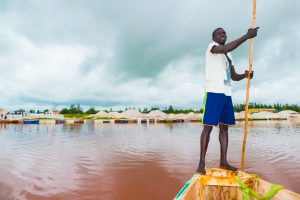 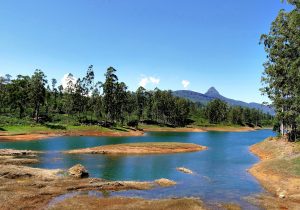 Adam's Peak Hike: When the moon is not a loyal companion