This was our second visit to FICO and this time we decided to explore the park by their special bikes. Yes, FICO Eataly World of Bologna provides free shopping tricycles realized exclusively for them by the “Bianchi” Cycle Company.

How to get the free bicycle at FICO Bologna? Just next to the reception at the main entrance to Fico Eataly World, there is a special desk for Bicycle registrations, here, you need to register yourself with a valid document to receive the keys. Minors need parents’ authorization and they must be tall 150 cm. The documents will be given back only upon the return. The bikes were numbered and they gave us 2 keys per bike, one with a black tag and the other one with a red tag.
Where getting the bike once registered? Once we got the keys, we had to come out of the entrance where all the bikes were parked. Once identified our numbers, we used the black key to detach the bike from the rack. That black key then remained attached there meanwhile the red one was needed to close the bike in case we had to stop somewhere along the way. In case you find any dameges, report it immediately at the registration desk because otherwise you might find yourself paying for this later.
How to orient with the bike? Upon request to the staff during the registration procedure, a cycle map will be provided which is really helpful because cycling is permitted only in certain areas. Within the FICO Eataly World premises, there are so many cycle racks where you can leave the bicycle locked with the red key in case wanting to take a stopover.
Why Using the Bicycle in FICO Bologna?  You don’t have to forget that FICO Italy World of Bologna is a massive complex with both outdoor and indoor areas, so exploring it by bicycle allows you to see it entirely. It is a pretty good option especially for those short in time. The bikes have one front and one back cart where you can carry the items you have bought. Unlike the other tricycles that I have seen around, these have two wheels in front and only one wheel in the back and this is destabilizing at first. But once you understand the system it becomes fun and fast.

Want to take the Tricycle back home? If you liked the FICO ItalyWorld Shopping bike and if you strongly believe that it is helpful for your daily life once back in home you can buy it at the “Bianchi” Cycle Shop of the park. It costs only € 1550.00 with the two baskets and €1350.00 without. Once bought it you can send it home easily. Fico, in fact, has installed the Italian post office just after the checkout area so that tourists can have their items shipped to their hometowns.

Where returning the free Bicycle? At the end of your visit, you have to leave the bicycle at the same place from where you have picked it and block the bike on its rack with the black key which becomes finally removable. Now you have to return to the registration desk to close to rental procedures and to hand out the keys: the red and the black one. 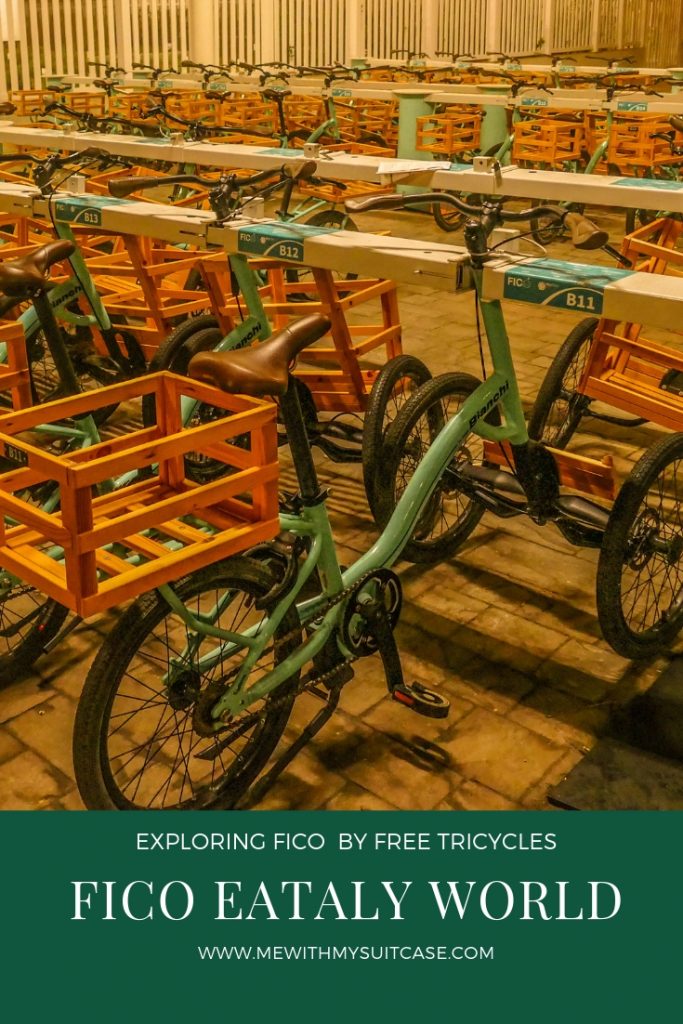 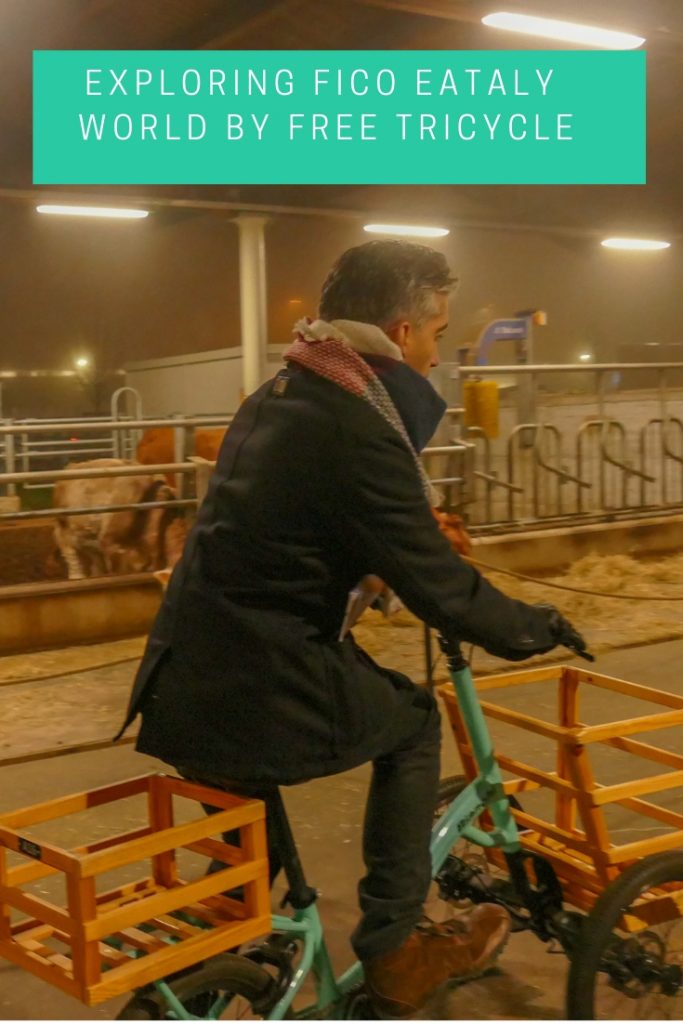 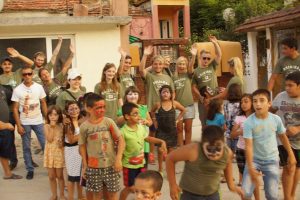 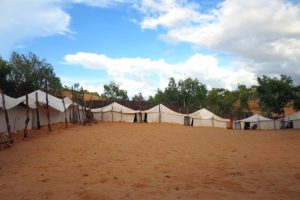