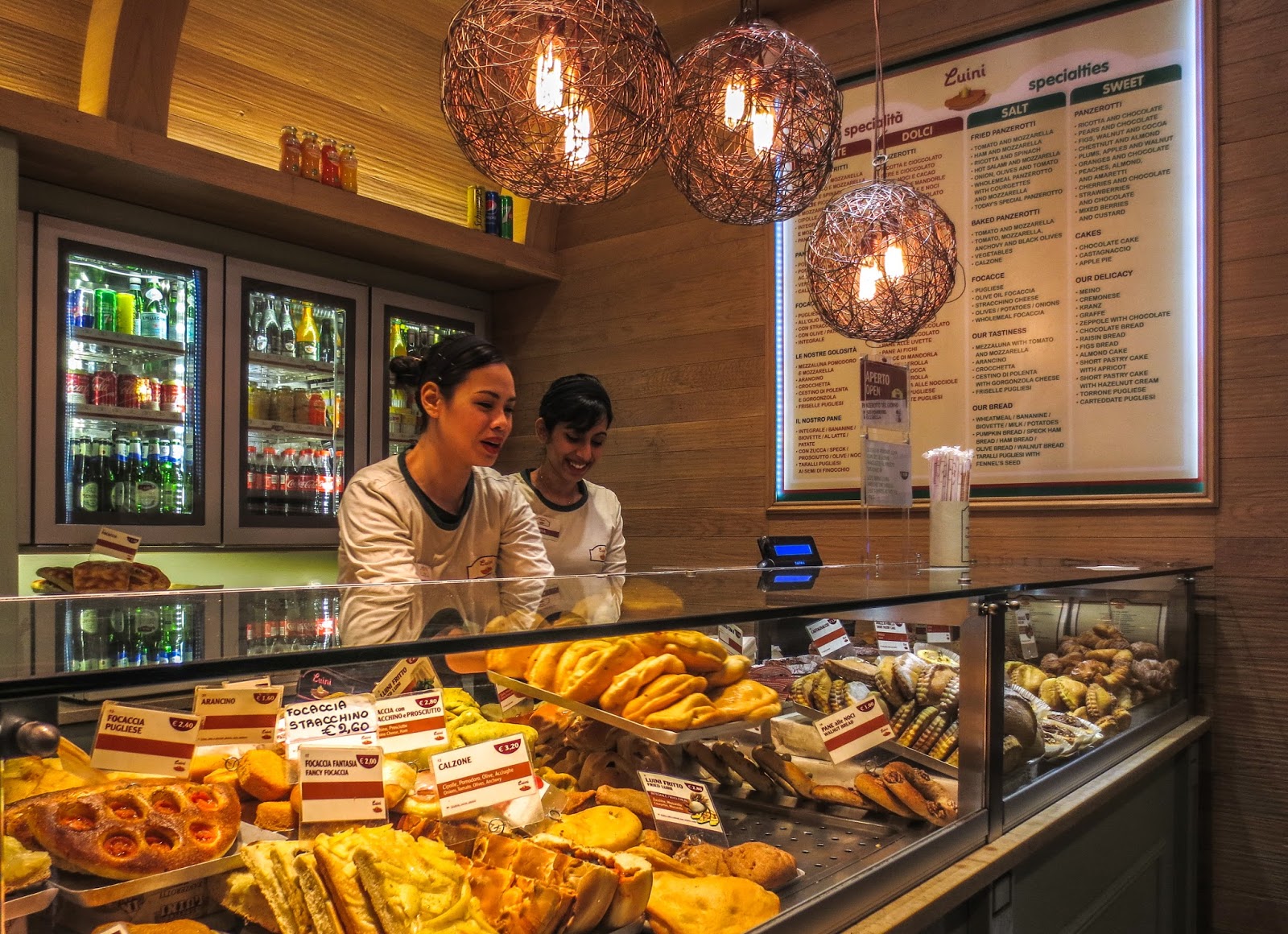 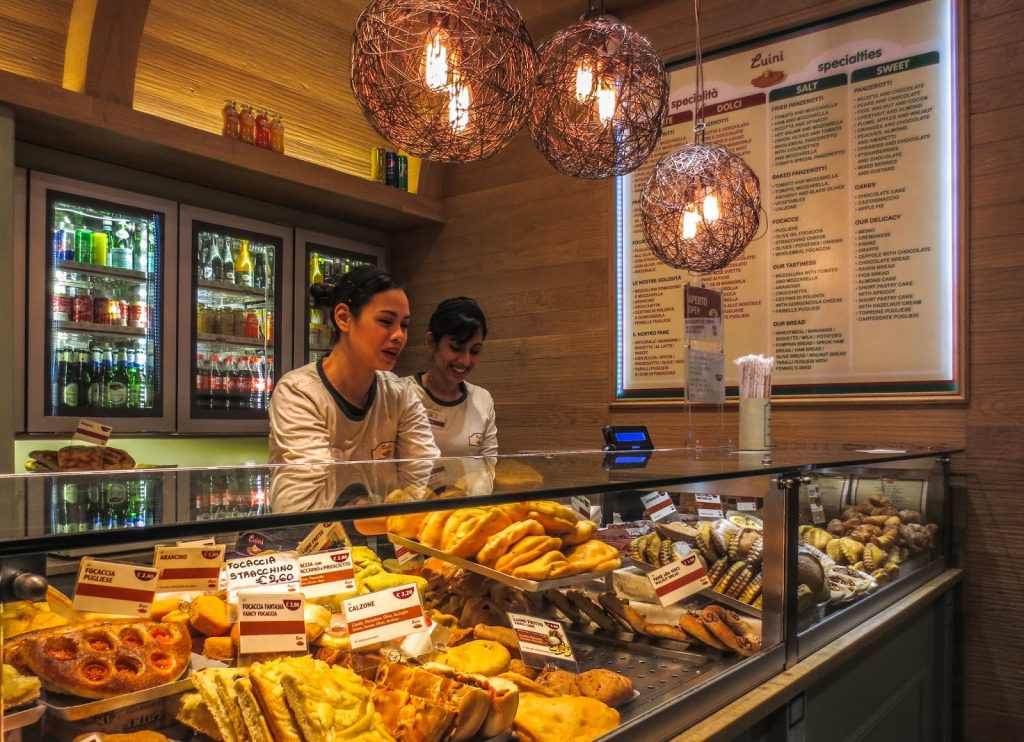 We often go to Milan as it is the biggest city close to us
which offers wide choise of shopping options and whenever we are there we never miss
the pastries at Luini’s Bakery. It is located in one
of those streets just 100 meters left to the Duomo in Via Santa
Radegonda,16 (having the Duomo in front). They sell sweets and
pastries but which make them the greatest street food of the city is certainly
their Panzarotti brought from the Puglia Region of Italy by Giuseppina Luini in
the erlier 1949. 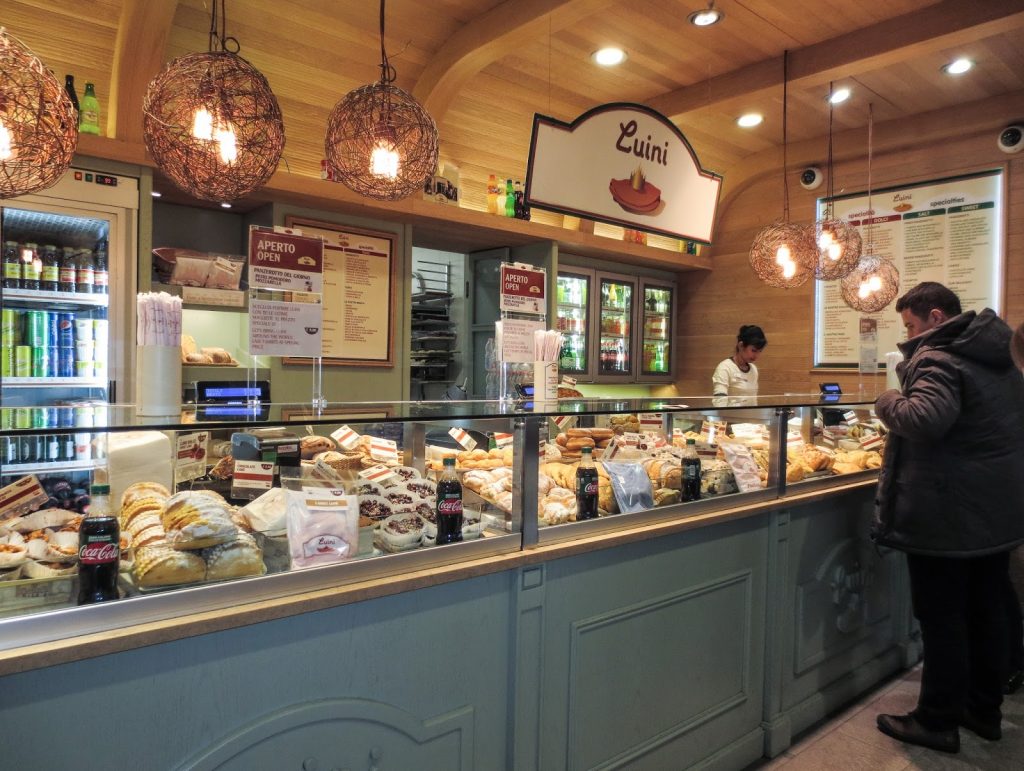 She was the first to have the idea
to bring panzerotti, a typical stuffed savory pastry from Puglia to Milan means
from the South of Italy to the North of Italy. When first  she opened the Bakery in Milan she focused the
business on making bread to the most important restaurants and hotels in the
city center, but as Giuseppina was interested in devoloping the traditional
food of her region, one day, she started making the Panzarotti with the recipe handed
down from her grandfather. 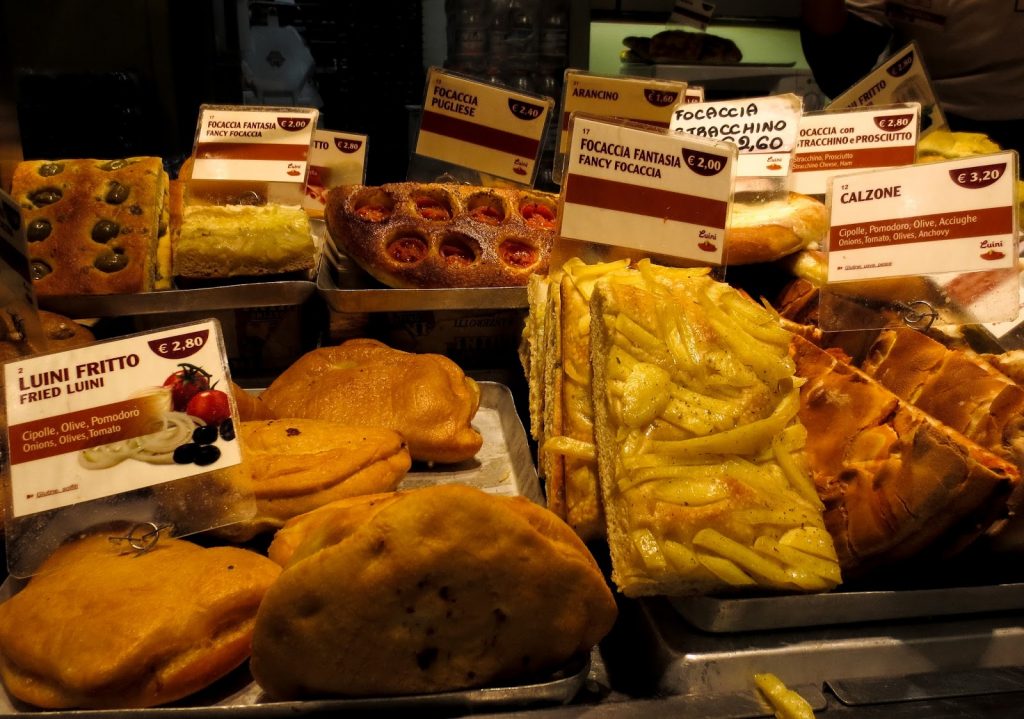 She began frying up few and initially the Milanese who
weren’t accustomed to the taste of the panzerotto, didn’t seem to appreciate it
but later, in just few years, they got used to the taste and now it remains a
tradition to pass down the Luini’s Panzarotti from one generation to the other. 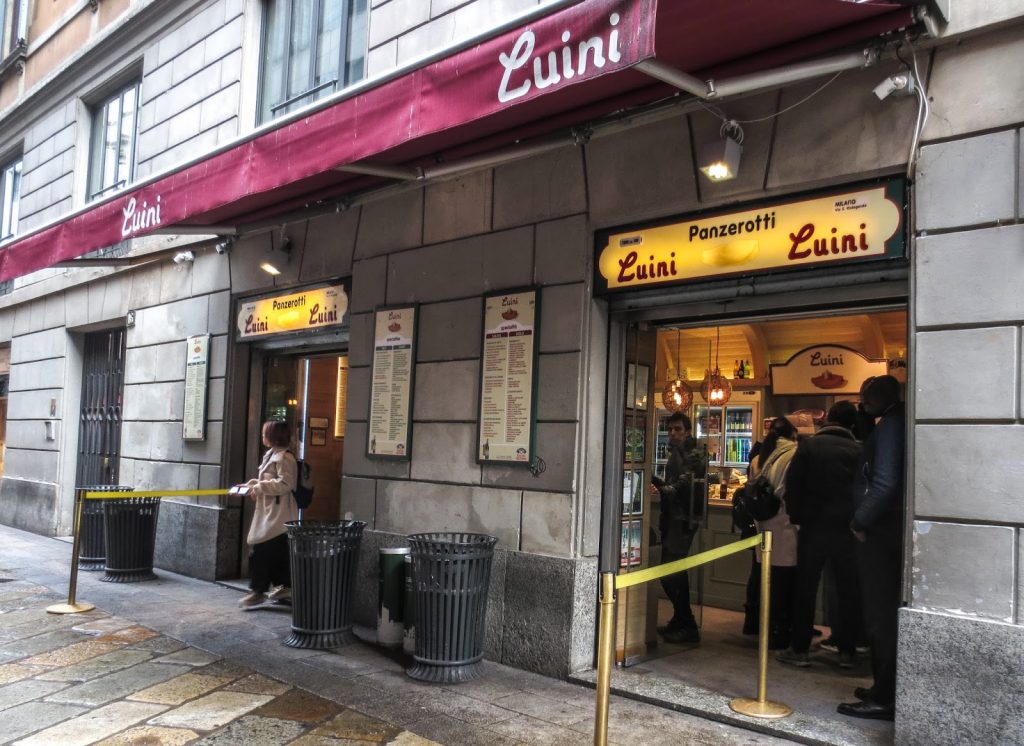 Your Milan trip is not
complete until you have had one! When the first time I went to Milan, I found this place accidentally
because of the long queue waiting outside. I was so curios that I decided to
join them on line which moved quickly so I got mine within 10 minutes. After
eating it I had to return for a second one.  Now that I have tasted all of
their options, my suggestion goes to the one with “pomodoro, mozzarella and
pesto”. 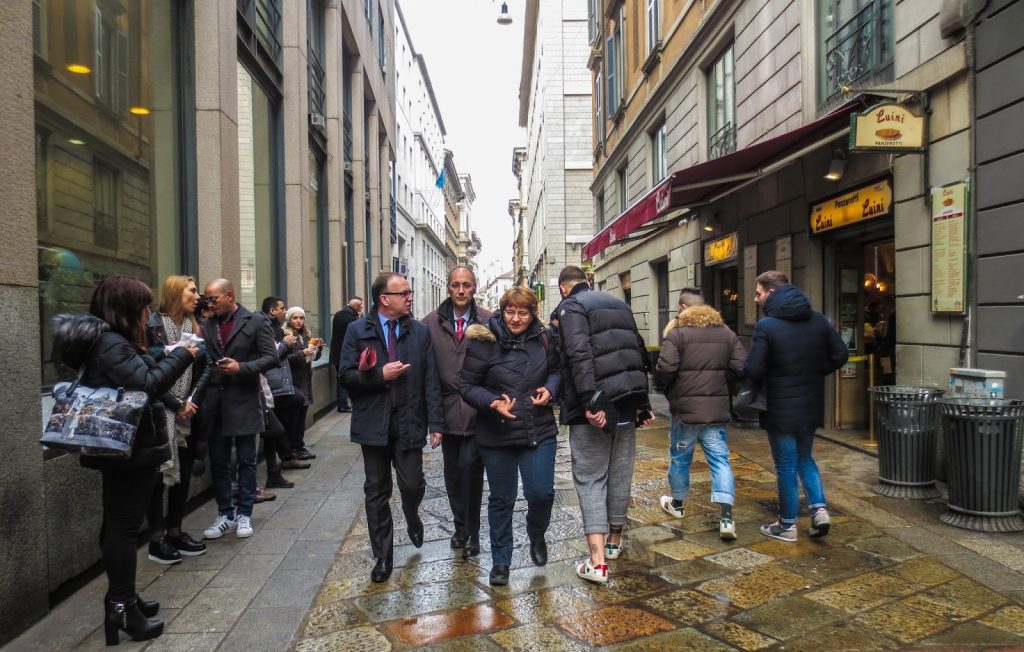 Their bakery is small and they don’t have tables or chairs so you have
to make the purchase and leave the place in order to allow the line to move
fast. They will give the items (still warm) in a paper bags and you can eat
them standing out somewhere. There is a security guard who is managing the fast
moving line and he is also careful on not allowing the customers to take
photographs inside the bakery. (ops). What else can I say? Simple tasty food,
low price, fast lunch in one of the fashion headquarters in the world. What are
you waiting for? Remember that they are closed on Sundays.