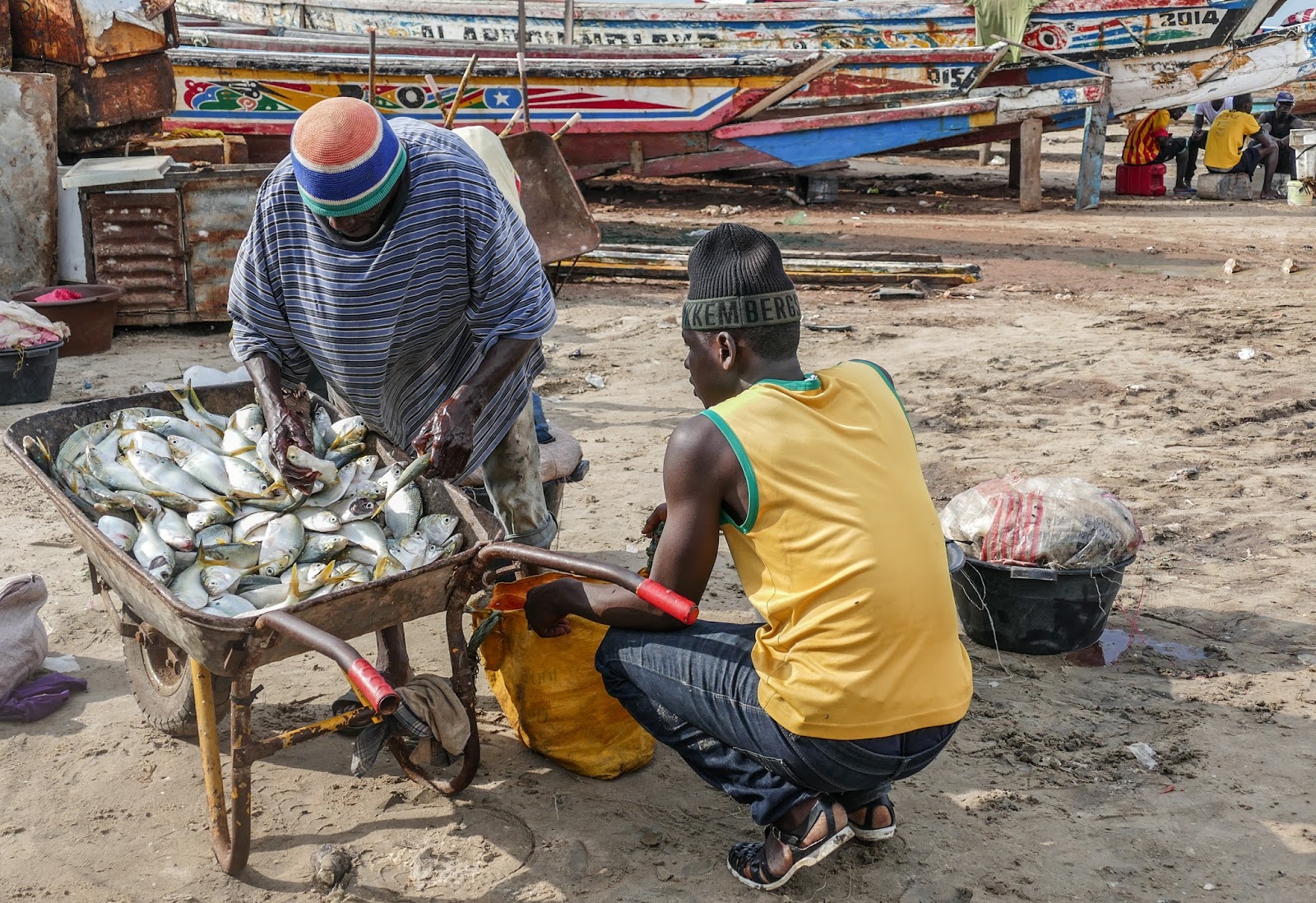 A living museum in The Gambia: Tanji

All
the ones headed to the Gambia, visit the Tanji village (pronounced Tanje)
settled about 30 km from the capital Banjul. Because of its very active
fishing harbor it remains certainly the most wanted of the Gambian
tourism. It represents in fact, one of the major costal fishing communities of
the country from where seafood is sold or exported to neighboring West
African countries. 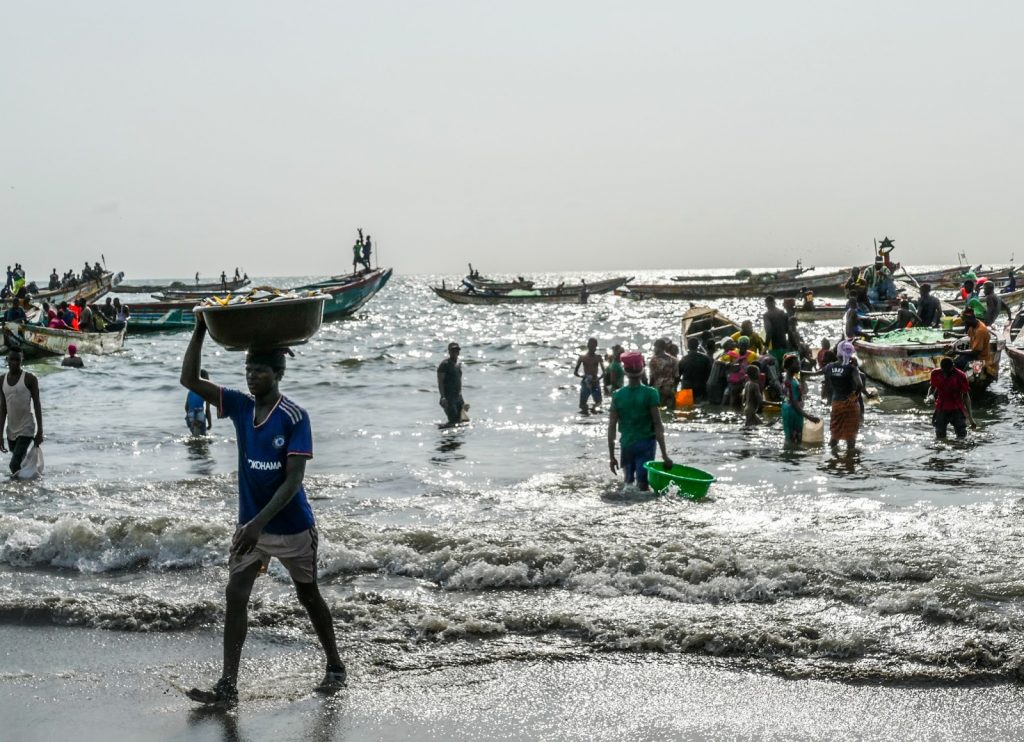 We
were staying in the area of Senegambia and we reached the Tanji fish market
with the Gambian yellow taxi caught on the main street, just after the
Senegambian touristic Area. We have already consulted the Senegambia tourist
green taxi price board and according to it the round trip to Tanji fish market
cost 900 Dalasi for small vehicles and 1100 Dalasi for big cars. Having that
point of reference and knowing that the yellow taxi was cheaper than the green ones;
we have been able to bargain for 750 Dalasi. The driver left us in front of the
Tanji fish market and gave us couple of hours to go freely around the market. 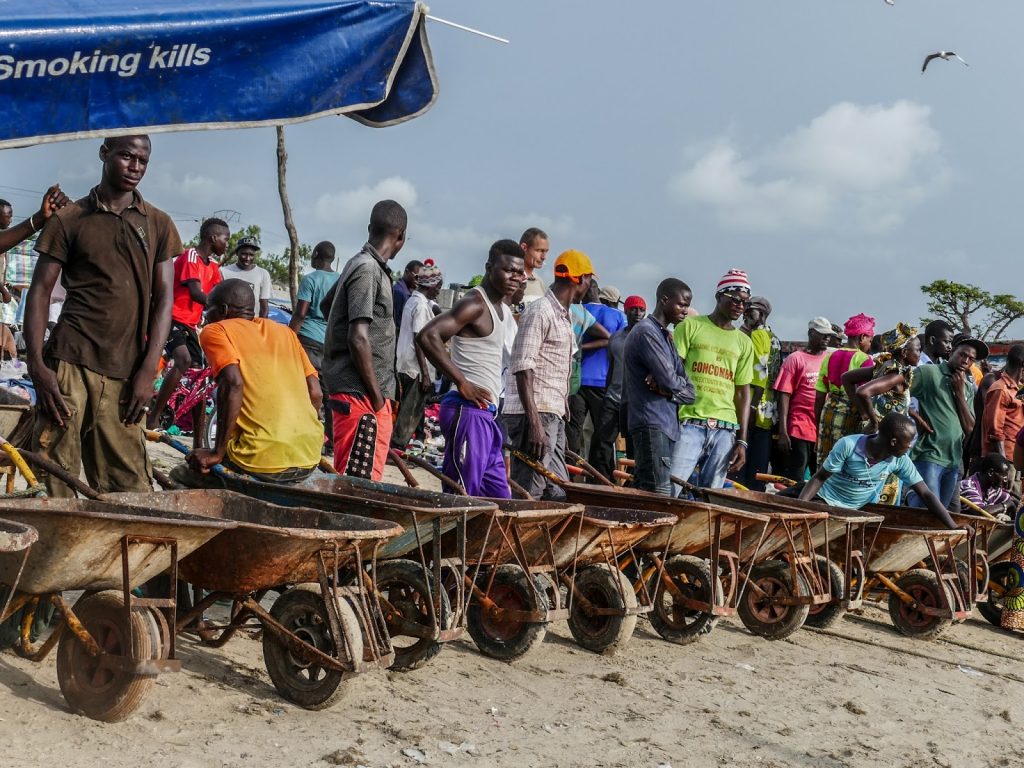 We could smell fish
right from the taxi itself, it was really stinky but certainly it was one of
the crowded and charismatic fish markets of the African West Coast. We were
taken there just before lunch and it seemed perfect because we could see the
busiest hours of that place. We saw how children, women and men made living
from the fish. By the other side we could also see all the smelly and colorful
sea creatures ready to be sold, to be exported or to be dried. It was a real
chain work: the fish was carried in with
baskets from the boats in the sea and once in the shore it was loaded in
barrows pushed by men. It was then sorted on the beach by ladies, and then
taken off to stalls. 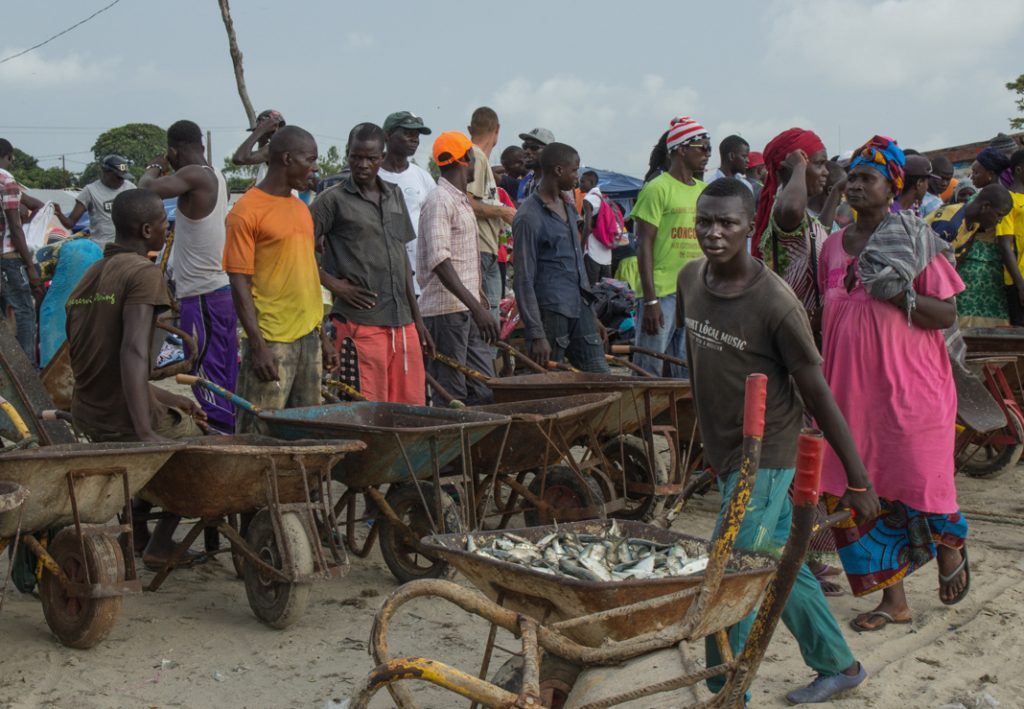 There were then the “cleaners”, the ladies who clean the fish from
morning to evening. Not only big customers but also the ones who buy fish for
their daily use could ask the ladies to clean the fish for them for 10 or less
Dalasi, depending on how big the fish is. It was very interesting the way they
use old freezers to store the ice before the fish were moved on to the other
parts of the Africa. As we were staying in an apartment we bought some and
asked one of those ladies to clean it for us. The fish was very cheap; we spent
60Dalasi in total, including the cleaning services. Certainly we spent more
than what a Gambian would have been spent for the same amount. We were sure
about that but even though we decided to buy it because the price was well fine
for our pockets. 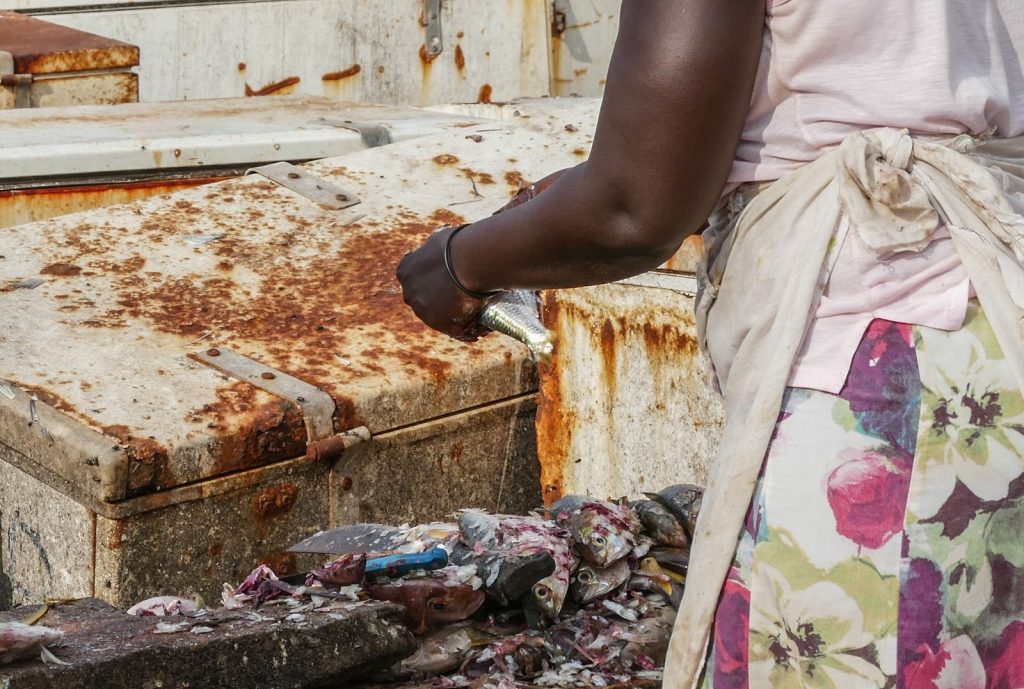 Everything was very
colorful, and we were fascinated to watch and take photos: it was quite
primitive but highly effective!
After walking along
the beach area we went up towards the road again from the other side of the
entrance, passing close to men repairing nets, children playing, ladies cooking
and so on and on. There was also a small market incorporated into the seaside
selling any kind of things. It was a great visit: Tanji fish market was a
living museum in The Gambia; Locals regularly used to go there
as the seafood sold there was cheaper than those in the inland
markets. One can spend hours and hours there without getting bored. I must
admit that two hours haven’t been enough for us, we love taking photos and it
would have been nice having had more time. It was said that the late afternoon is
incredibly photogenic so try to organize your trip accordingly if you also like
photography. I need to remind you that for “unknown
reason”, they didn’t like being photographed, so we had
to be careful when clicking because we didn’t want to be
insulted.  We returned back to our taxi 15 minutes later than
expected and the driver asked us 100 Dalasi more so we ended up with spending
850 Dalasi.
Bus would have been
the best solution… 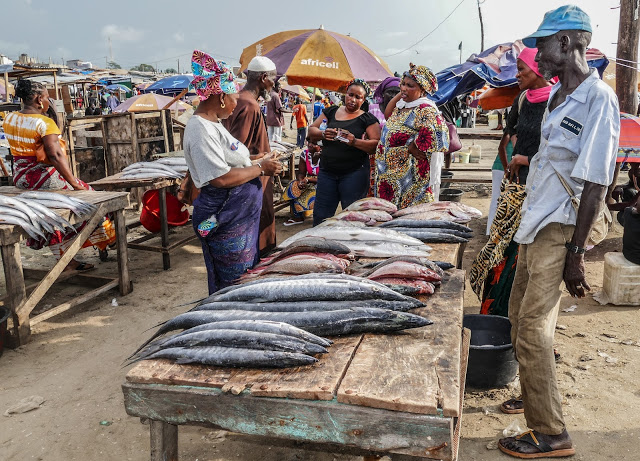 The Power of Reviews