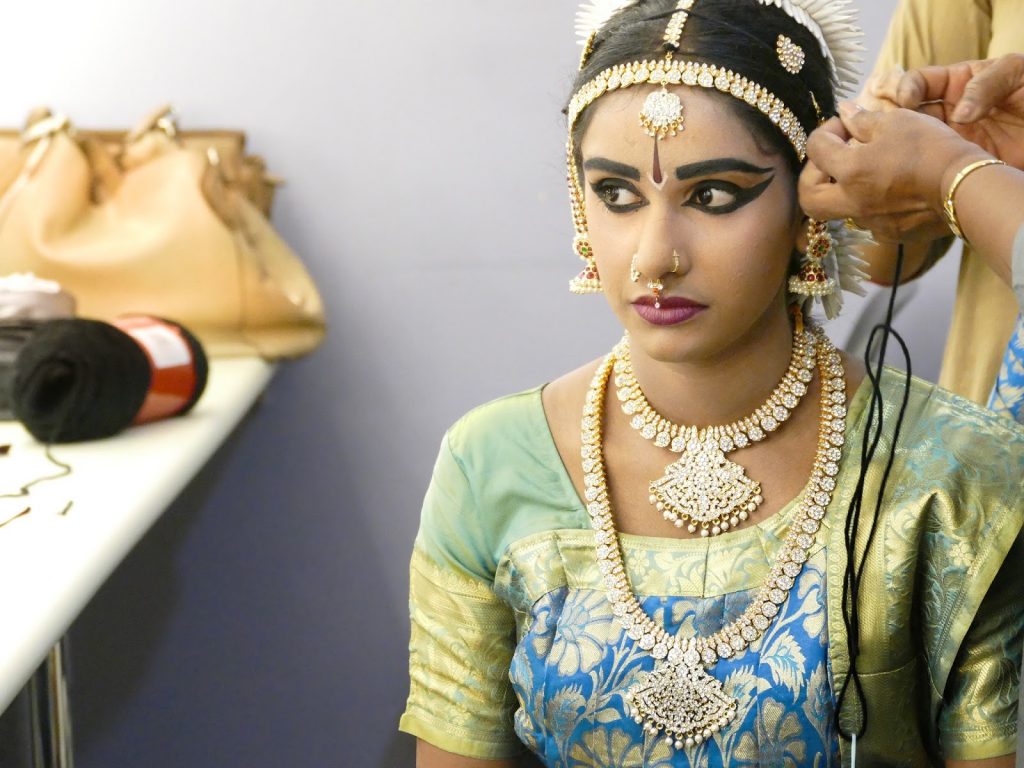 Bharatanatyam is a major genre of
Indian classical dance originated in the region of Tamil Nadu. Traditionally,
Bharatanatyam has been a solo dance performed exclusively by women and
expressed Hindu religious themes and spiritual ideas and it is the oldest classical
dance tradition of India.  Nowadays it is
practiced around the world by both women and men where the Tamil culture
is still strong. Many western people are now trying to learn Bharatanatyam but it seems
very difficult for them to learn as it is impossible to teach them the meanings therefore the face expressions. The style
is noted for its fixed upper torso, knees flexed out combined with spectacular
footwork, a sophisticated vocabulary of sign language based on gestures of hands, eyes and face muscles. Bharatanatyam
Arangetram is the debut on stage of a former student. This performance
follows years of training. Like many other Indian classical dance forms also Bharatanatyam
performs an Arangetram once the time has come for a disciple. This moment is accompanied by music, a singer, and obviously
the guru who has followed the student as the director and conductor
of the performance and art. Miss Aileen Arulrajah, a girl of just 15 years old
with long hair and daughter of Sri Lankan parents, has finalized her
studies in Canada with the guru Siva Thiviyarajan and performed on stage with
musicians (T.N Balamurali on Violin, Geerthanan Thiviyarajan on Mirudangam and Sruthi Balamurali on Sitar) and the vocalist Babu Parameswaran. It took place at the Meadowvale
Theatre in Mississauga Ontario on the 16th of September 2017. Aileen’s
performance was unbeatable not only in her steps and movements but especially
in her expressions. She has been able to best express the grace of the
discipline, she gave a good meaning to the word Arangetram. She danced for more
than 2 hours leaving all the audience incredulous. The word Arangetram in fact in Tamil Language means ascending the stage by a dancer on the completion of
formal training, it marks the way for a dancer to perform alone or to give
training to other dancers. Once a dancer has completed training he or she
should have an understanding of classical music and many other aspects that I
can’t make you understand. I had an opportunity to spend some time with Miss. Aileen Arulrajah and I can say that she is a lovely person. Still now I wonder how such a sweet 15 years girl like Aileen can dance like that. Her parents must be proud of her. A special attention goes to Madam Kumutha, the makeup artist and her assistant. They really did a great backstage job! Aileen can
now move forward!!! We can just congratulate her and wish her the best for her
future decisions with Bharatanatyam. Here following you can see some pictures of her day. I focused my photos on backstage activities because I know that usually people pay attention to the “frontstage” and forget totally of what’s happening behind the screen: lots of works went on there and specially it has been a place where I could feel not only Aileen’s emotions but of each hidden person. She looked like a princes among them! 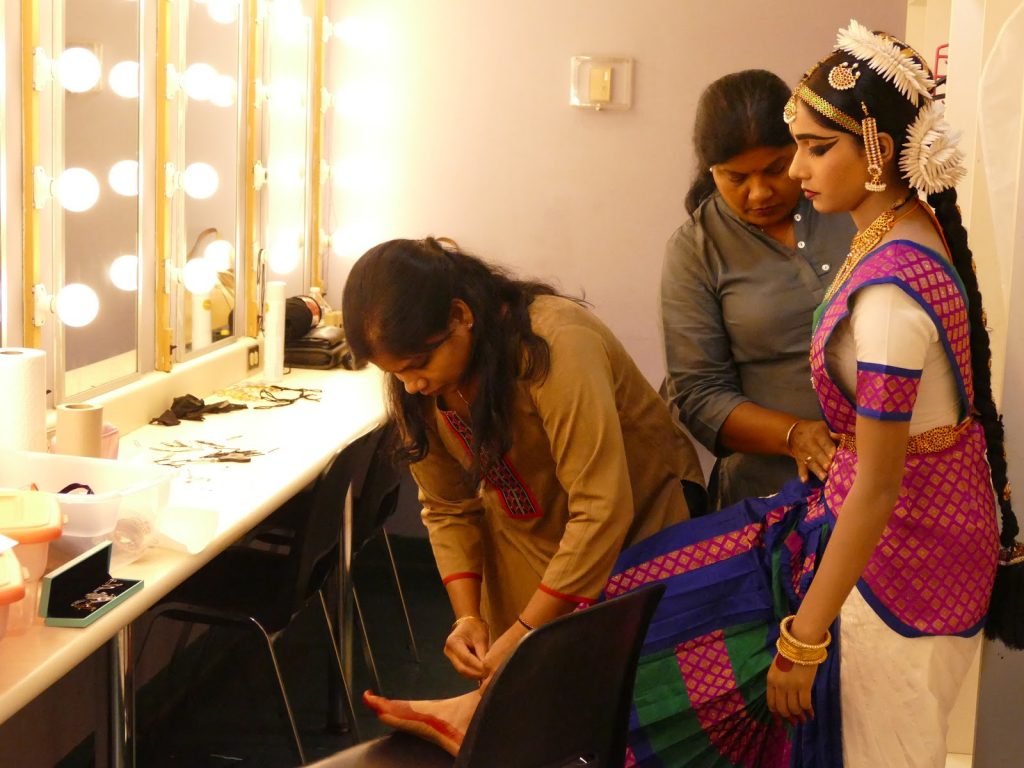 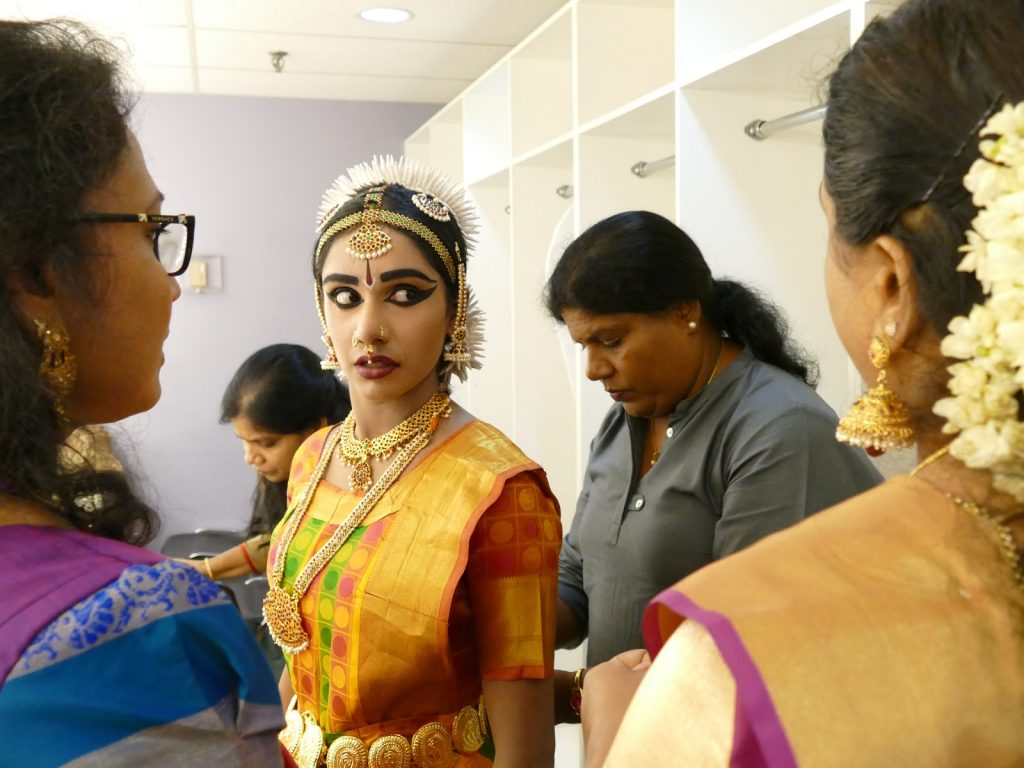 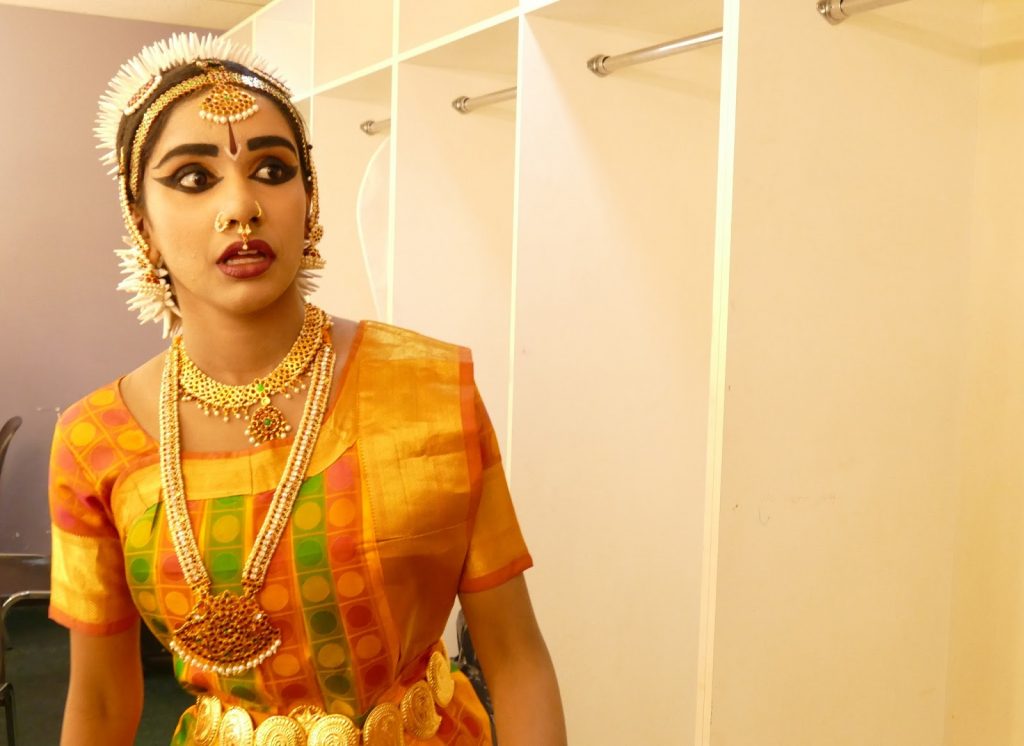 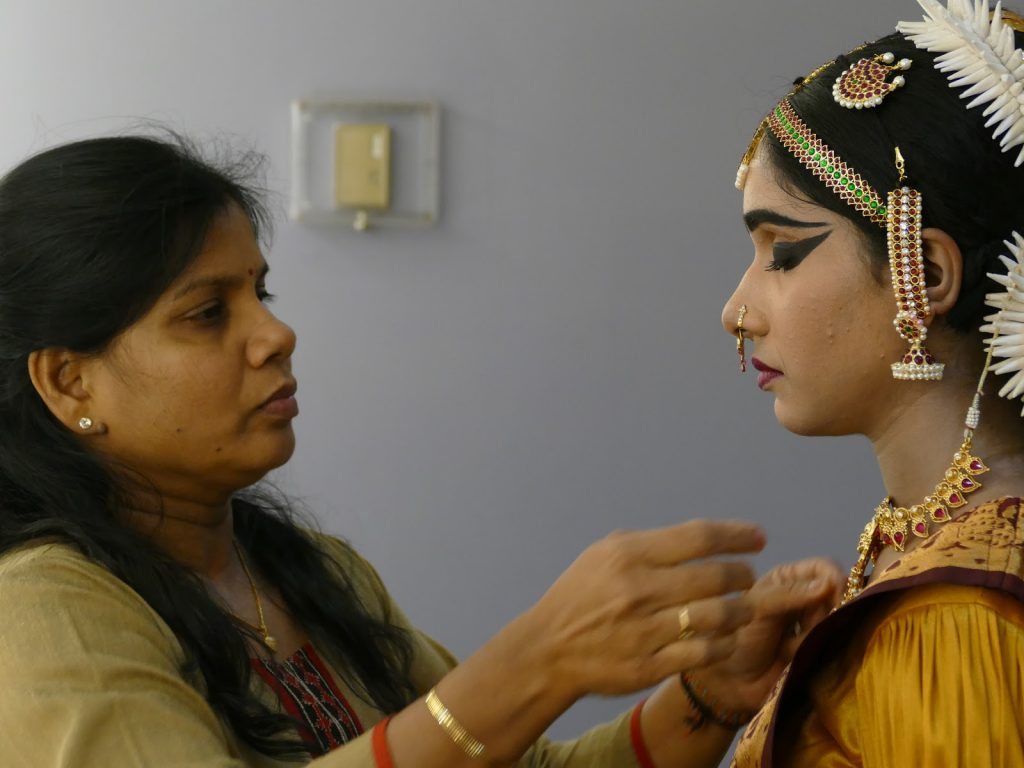 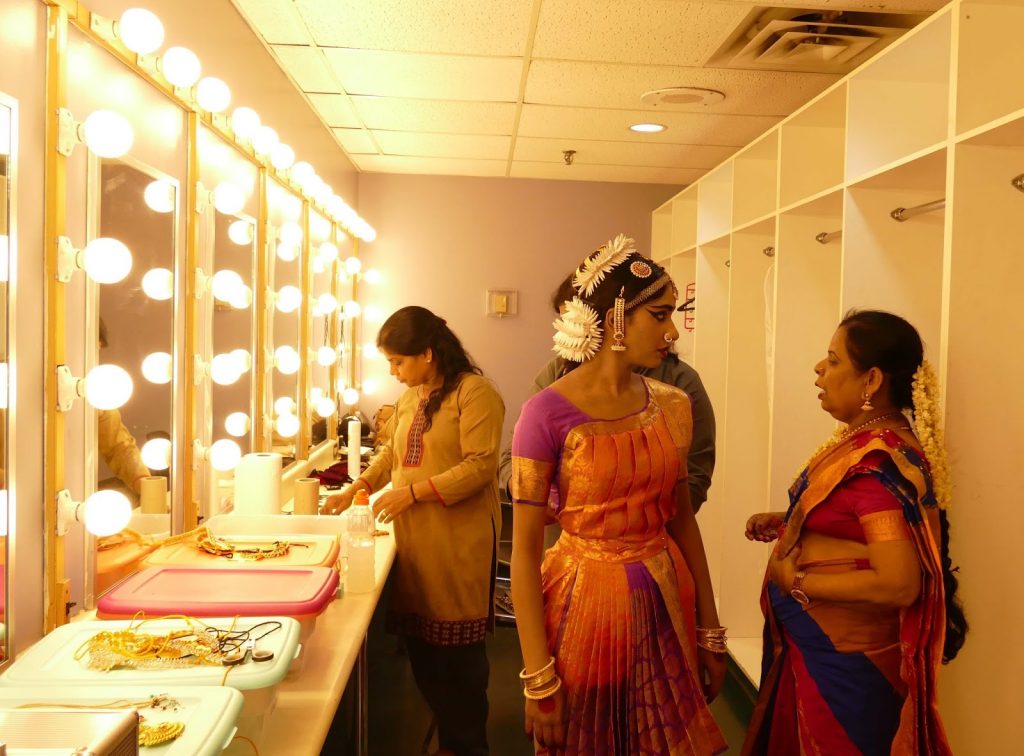 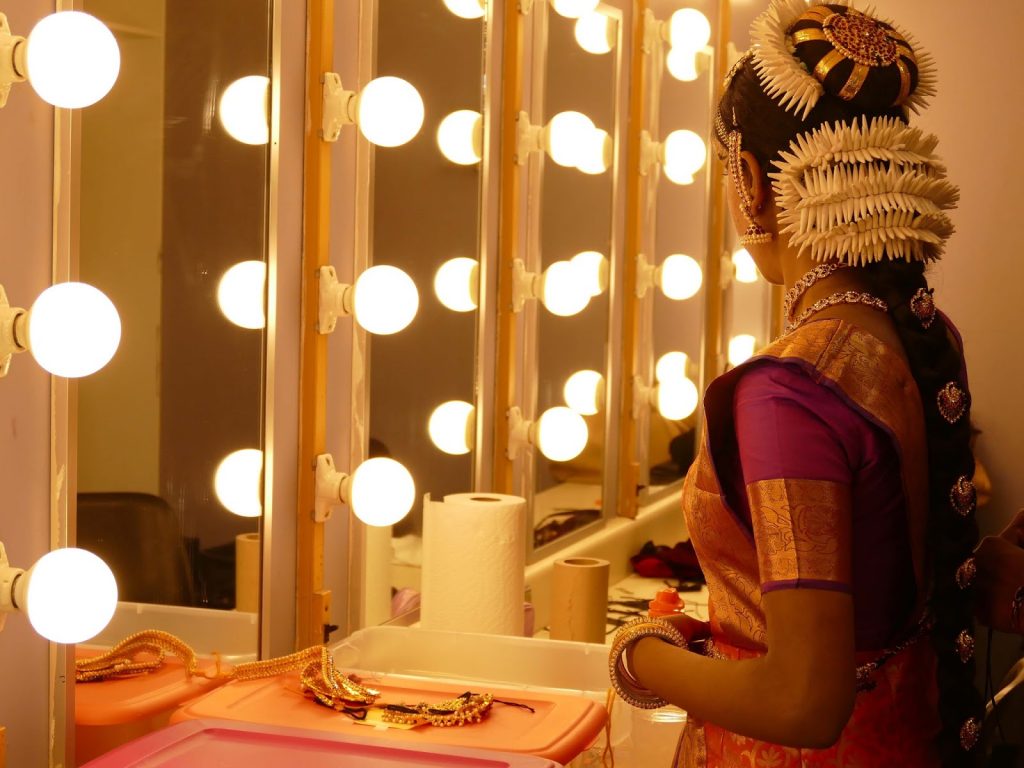 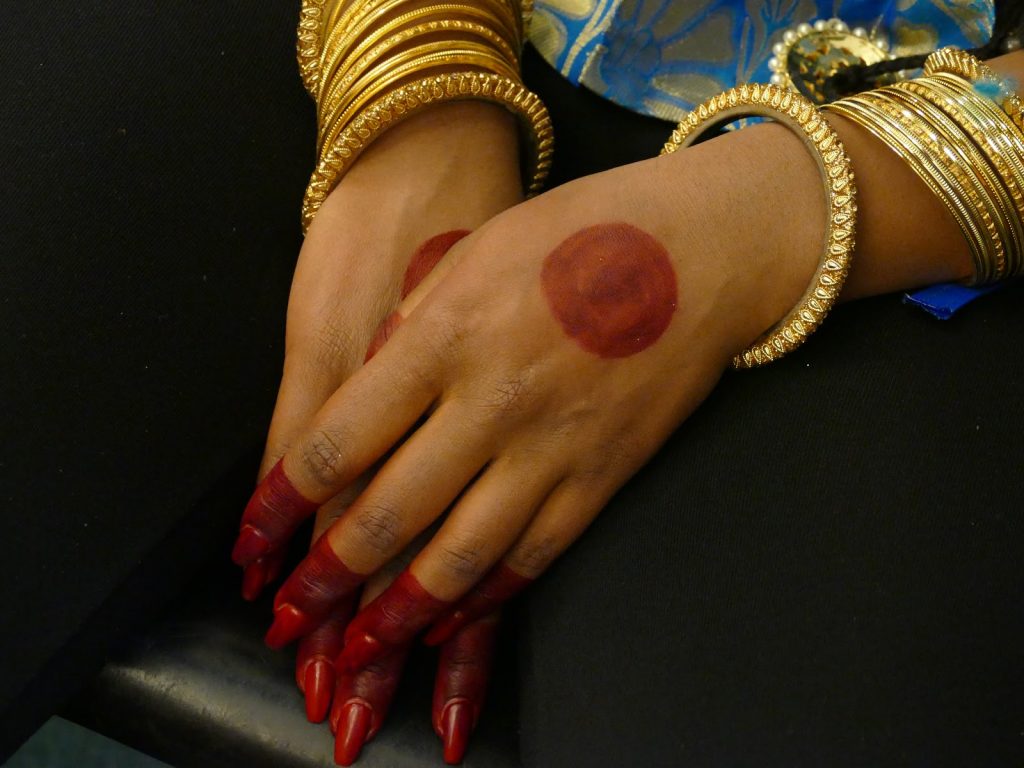 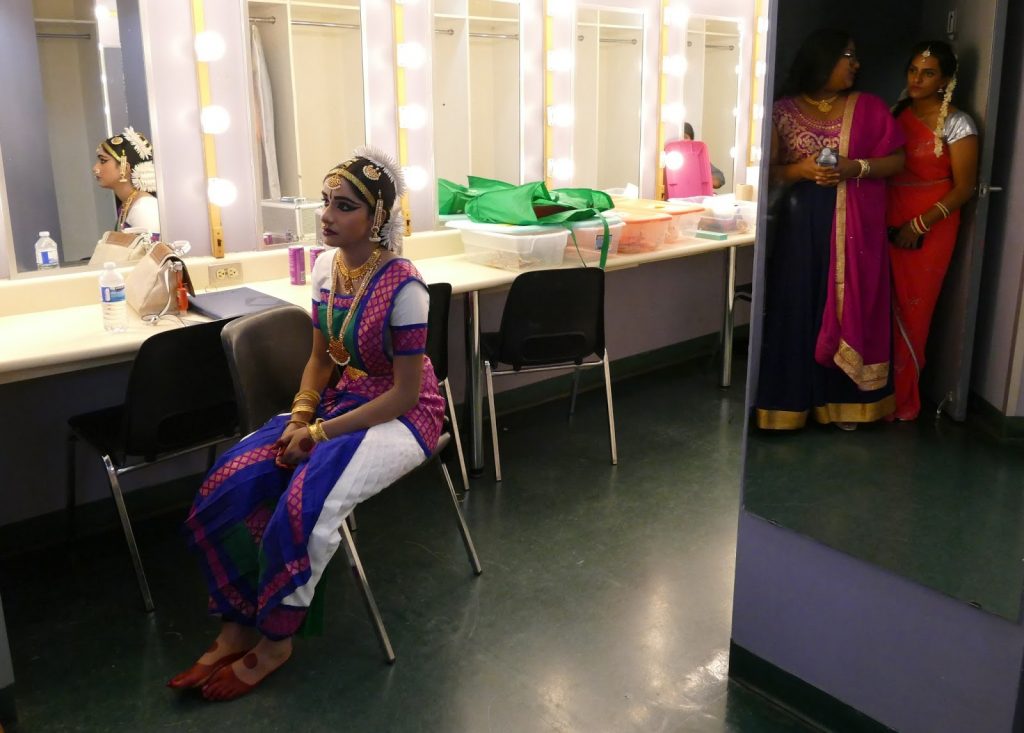 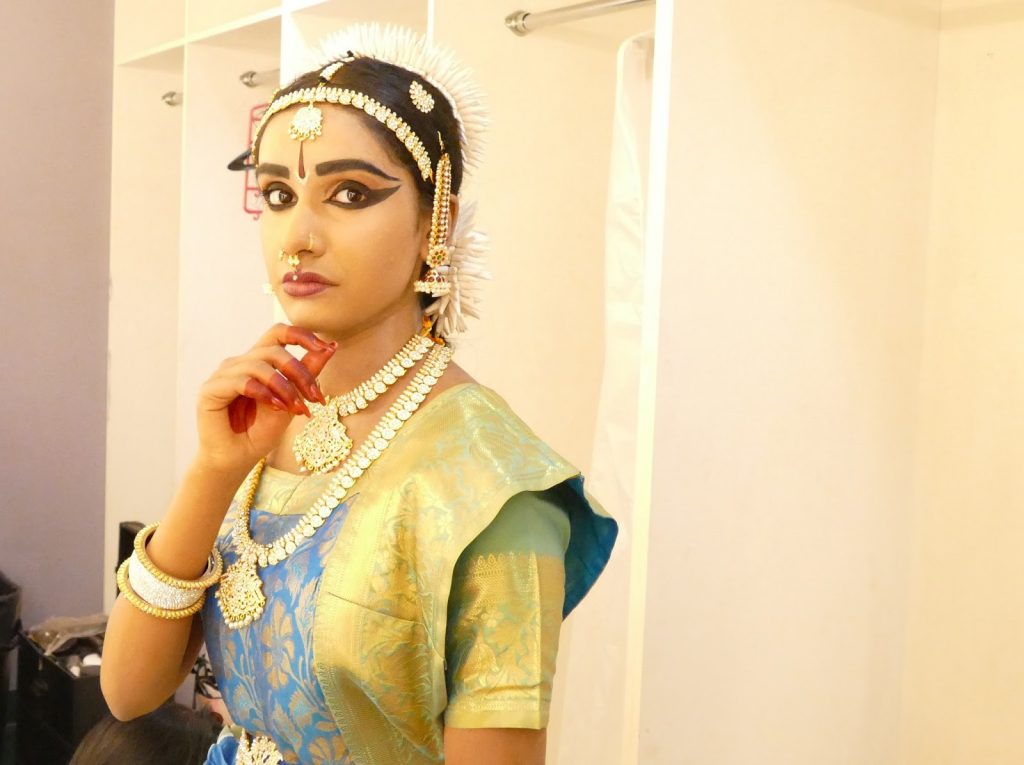 A Gem in the Historic Centre of Ravenna